You are here: Home > About Us 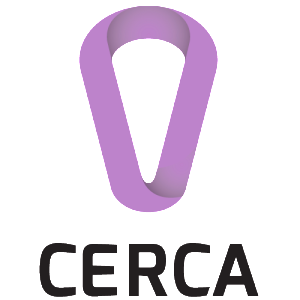 Together with MM Optics Ltd., CerCa is introducing new technologies, such as photodynamic therapy (PDT) for the detection and treatment of cervical precancerous lesions and genital human papillomavirus (HPV) into the Latin American markets and other regions.

The CerCa project aims to eradicate cervical cancer. CerCa focuses on the detection and treatment of dysplasia and cervical intraepithelial neoplasia (CIN), by utilizing technological innovations based on PDT. CerCa is a local and minimally invasive, clinically proven, screening and treatment technique for the management of benign and malignant neoplastic diseases. PDT use was approved in the late 90s, after over 20 years of research and development.

The CerCa Device (Cerca dtx 150 System™) is a diagnostic-therapeutic tool that uses a “see and treat” strategy. Direct visualization of the abnormal tissue and treatment can be carried out during the same visit; the process is easy, fast, low cost, and free of side effects which are characteristic of conventional therapy. In addition to reducing the number of medical visits, this device limits the loss of patients lost to follow-up, which occurs when patients do not return for treatment and which is common in developing countries.

CerCa quickly detects and effectively treats cervical dysplasia and eliminates the possibility of progression of lesions. Ultimately, CerCa implementation on a broad level has the potential to eradicate cervical cancer. 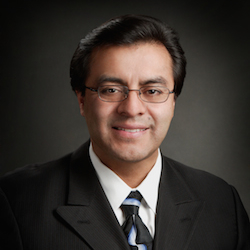 Dr. J. Roberto Trujillo is the President and CEO of TruBios and is responsible for leading the overall strategy and direction of the company. Over the last 25 years, Dr. Trujillo has leveraged his scientific work to become a key leader in promoting biomedical research and biotechnology in Latin America. He has collaborated with several of the most influential government officials and corporate executives in the region to improve and modernize the infrastructure in biomedical research and biotechnology. His commitment includes developing cutting-edge biomedical research centers, biological Level-3 laboratories, and MD/PhD, postdoctoral and professorial exchange programs between Latin American universities and U.S. institutions, including Harvard University, the NIH, and the University of Maryland.

Prior to founding TruBios in 2009, Dr. Trujillo was Director of Latin American Research in Virology and Neurosciences and Head of the Laboratory of Neurovirology at the Institute of Human Virology at University of Maryland School of Medicine.

In 1986, following an internship in medicine at Baylor College of Medicine in Houston, Texas, he spent two years as a Clinical Neuroscience Fellow.  After receiving the National Research Training Award from the National Institutes of Health (NIH), Dr. Trujillo completed his Doctor of Science degree in virology and neuroscience from Harvard University.  He then went on to serve as a Research Associate in Neurovirology and Cell Biology at Harvard School of Public Health.  In 2002, he became an Intramural Investigator at the National Institute of Neurological Disorders and Stroke, NIH.

Dr. Trujillo is considered a pioneer in the field of molecular neurovirology. His research interests include molecular basis of viruses, AIDS, viral-immune responses, opportunistic infections, and cancer research. Dr. Trujillo has published over 60 scientific manuscripts and reviews and more than 50 conference abstracts and book chapters.  Dr. Trujillo has received numerous awards, including: the National Research NIH Training Award, the Helena Rubinstein Award at Harvard University, the Ruth L. Kirschstein National Research Service Award, NIH; recognition as a Pioneer in the field of Neurovirology in the Americas, Harvard Medical School; the Outstanding Professor of Neurovirology by the Pan-American Society of Neurology; the Outstanding Professional of Science in Mexico; and three times received the “Key of the City” in the States of Mexico.

Recently, Dr. Trujillo was awarded the Ohtli Award from the Mexican Government, he is recognized as one of the “100 Most Influential Professional Mexicans in the U.S.”  He continues to lecture nationally and internationally in the field of Neurovirology and NeuroAIDS and sits on several consulting and scientific editorial boards, including the Ad Hoc Reviewer of the Department of Health and Human Services, Office of AIDS Research, NIH; Ad Hoc Reviewer of the World Bank; Ad Hoc Reviewer, National Institute of Child Health and Human Department, NIH, and a former Permanent Member for Microbiology and Infectious Diseases Research Committee at the National Institute of Allergy and Infectious Diseases, NIH.

In addition to his leadership role at TruBios, his other positions include: 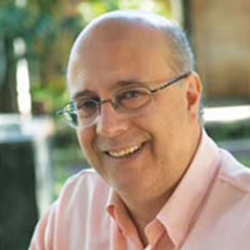 Member of National Academy of Sciences

He has focused his activities on laser cooling and trapping of neutral atoms, and applications of optics, and laser in dentistry and medicine. Among his many activities, he pursued a pioneering work in the field of atomic and molecular physics with worldwide recognition. Recently the laboratory under his guidance laboratory has achieved Bose-Einstein Condensation initiating a pioneering work with quantum macroscopic matter.

Within his wide range of activities, is the responsibility for the construction and evaluation of the first atomic clock developed in Latin America and the first pilot plant for the production of high precision microscopes. Recently the group of research under his guidance has implemented in Brazil by the first time the clinical use of Photo-Dynamic-Therapy for the treatment of cancer. A strong relation between basic research and industry is one of the characteristics of the work carried on by Bagnato, resulting the implementation of high technology industries in the field of optics. Has published over 350 papers in international journals with more than 3000 citations. During his academic life, he has supervised more than 60 graduate students and he is presently supervising 17 graduate students involved in several programs of research as well as many undergraduates. Dr. Bagnato maintains a very close international relationship with many institutions around the world.